Nepalese society is basically a patriarchal society with masculinity as one of the characteristics in most of the family and society which influences all aspects of social, cultural and economic life of the people (Bhusal n.d). Sons are economic insurance against the insecurities of old age, they virtually open the gateway to heaven by performing the death rites for their parents and they carry on the family name and legacy. Daughters however, are to be given away in marriage to care for their husband’s family. Women’s dependency is on men (father, husband, brother, son, etc) in all aspects of life. There is a popular saying in rural Nepal, “To girl is like watering a neighbor’s tree. You have the trouble and expense of nurturing the plant but the profit goes to somebody else “. So there is poor investment in girl’s education, nutrition and often health care compelling them to be creature within the four walls of the house. The socio-economic status of women in Nepal is very poor.

In as a whole, women status in Nepal, compared to men have always been low. Nevertheless, women constitute slightly more than half population in Nepal. So unless women are equally empowered, it’s difficult for human society to progress.

The term “empowerment” means to give somebody the power or authority to do something (Oxford Dictionary). Bennett (2002) as stated in Malik and Luqman (2005) describes empowerment as “the enhancement of assets and capabilities of diverse individuals and groups to engage, influence and hold accountable the institutions which affect them”. Bennet further says among the different disempowered groups like: poor, ethnic, minorities etc, women are one which is cross-cutting category with all these groups. Similarly, women empowerment implies that women have power and ability to do activities as like men counterpart but they have the least authority to do something at their own initiation. It necessitates the following public health agenda for women empowerment:

In a nation like ours, women are generally treated as second class citizens and seen as someone to look after the home and bear children. The project area is characterized with a typical rural setting with most of the men folk involved in agriculture or unemployment. The women and girls of the area are mostly involved in household chores, does not have any say in the family affairs. Excluded from receiving higher education and entirely dependent on their male counterparts, they have to bear the brunt of most of the evils like dowry, domestic violence etc. Being a patriarchal society, women and girls are not allowed to step out of their houses which lead to lower educational status, low confidence to face the world. In view of the financial constraints that a family faces, this skill building program strives to empower the women, and community at large. It was observed, if some kind of skill is imparted to the women, it would give them more avenues to earn their living. The program will also help them to raise their voice against the ill treatment accorded to them within the family or outside. Hence, vocational training program (stitching & embroidery) will enable the rural women and girls to learn and enhance their skills, enhancing their confidence level by making themselves reliant.

Women have always been marginalized and relegated to the status of subjugated class in the Nepalese society. Especially the women who have migrated to Kathmandu from rural areas are unemployed due to lack of appropriate skills. Women have also not actively participated in their emancipation due to their lack of economic independence and illiteracy. Women should be organized and strengthened at the grass root level to end their subordination. Himshikhara Socio Cultural Society is making an attempt in that direction to make these women self-sufficient through opening sewing training centers. The main aim of this program is to enhance the quality of life of women through increased knowledge and skills. HISCUS also realized that merely imparting literacy would not be sufficient .The women need vocational training or skills also to uplift their status. They should be able to stand on their feet and be an earning member of the family 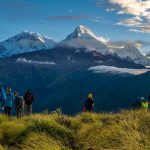 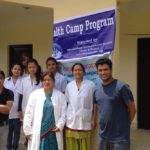